If you haven’t heard of the Darwin Awards, do Google it (other search engines available) – the stupidity of humans never fails to amaze, and we have certainly made our own contributions since moving here.

Here is our top ten (in reverse order) awarded for general ignorance, sheer stupidity or just damn bad luck. Perhaps some of these resonate with you?

We decided that a lovely place to set up our first chicken pen was within our little orchard. We duly purchased fencing posts, a manly post knocker and chicken wire. The fence posts aren’t straight, the wire is saggy and genius of genius, we tried to install the gate last.. which didn’t (and still doesn’t) quite fit.

Always a hazard when newbies use large machinery. Whilst driving the tractor past the old barn, Dave managed to forget the massive bucket on the front (it’s an easy oversight) and gave the edge of the barn a jolly good twang. Luckily for Dave we later had that part of the barn re-sheeted so no evidence (other than photographic) remains. Sadly for me, my effort remains very much in full view – trying to grab a big round of hay with the skid steer I wanted to make sure I’d got the spikes ‘well in’ so I kept going forward, a little too forward as it happens, and now our lovely new barn has a pronounced bulge on the side.

Our two barns are ‘joined’ by an industrial sized gutter which takes the water from both roofs and when it rains, as it did last winter, the amount is not inconsequential. One particularly stormy night I discovered to my horror that the rainwater was not being collected in the gutter but was happily cascading down the barn wall. The right-hand side of the barn was completely flooded and the poor goats had to be evacuated. Thinking the gutter had failed we phoned our builder who dashed round, skipped up the ladders, put his hand in the gutter and duly pulled out handfuls of ivy. Suffice to say, not for the first time, we felt like complete idiots.

#7 Smoking out the valley

Having inherited a fair amount of old wood and general waste we decided that a good bonfire was in order. We duly lit the pile and stood back in anticipation of a cheerful blaze. What we got was a smoke bomb which completely filled the valley below. “Oh lord, the Fire Brigade will be here in a minute” said I. 5 minutes later I could hear a vehicle coming down our track. I hid behind a wall. It was the local window cleaner touting for business. We hastily dampened down the fire and only then realised that just behind the pile was a very large, full, gas canister connected to the old caravan.

Our first job here was to renovate and then re-cover a storm damaged poly tunnel. Having made the necessary repairs to the frame work we sensibly chose a still day to put the new cover on. Top Tip: Never EVER trim the cover until it’s all fixed in place, otherwise you will come up short.

#5 Putting the roof on the Agri Tunnel

As many of you will know, earlier this year we built an agri tunnel to house our boys. All was going swimmingly until we got to putting the roof on – a three stage affair – inner skin, insulation layer, outer skin. The, up until now, helpful manual advised that it was possible for one person to affix the roof layers using a rope to haul the covers, or two people could do it. It’s the closest I think we’ve ever got to divorce – every time we managed to get one part hauled over the roof hoops, another part would slide back down again. This incurred much shouting and accusations of the other ‘not putting one’s back into it.’ After two separate attempts and in the interests of matrimonial harmony, we admitted defeated and called for reinforcements in the shape of four friends and the promise of a BBQ.

We have a second ‘mystery’ water supply to our property, the pipe for which emerges at the back of our barn. One morning I was using the Skidsteer to move a pile of muck from behind the barn, forgot about the mystery pipe and sheered the end off, resulting in a very pretty water feature. This supply is straight of the mains so the pressure is immense and, being a mystery supply, there is no stop cock. Trying to cap what felt like the full force of Niagara was quite the battle and resulted in two very drowned rats.

Back to newbies and large machinery. Whilst mowing our top paddock in readiness for the fencing contractors, Dave didn’t spot the ditch at the bottom and managed to put the tractor onto two wheels. Now Dave has a permanent tan (I call it dirty coal mining welsh) – apart from during his illness, I have never seen him so white. We had to commission the 4x4 to drag the tractor back on to four wheels and we NEVER mowed that field again. Whilst tipping a grabful of muck into the tractor bucket I managed to upend the Skidsteer. It wasn’t going anywhere as the grab was happily resting in the tractor bucket, but I let Dave flip it back up for me and now I don’t ever overfill the grab. Further note – rolling fields with a tractor going forwards = good, reversing a tractor with a roller attached bad, very bad.

Work in the top paddock was complete and we had four fabulously straight and sturdy paddocks to fill. We’d had barb put round the bottom and the stock fencing was strong. We duly picked up our first two piglets, put them into their paddock, admired them and went in for dinner. 1 hour later… two piglets joyfully running amok in the 4-acre field. Have you ever tried to catch a piglet? 1, they are fast and 2, there is nothing to hold on to. Imagine us two numpties running round a field in the rapidly fading light, executing numerous unsuccessful flying rugby tackles whilst shouting “for god’s sake just hold on to it” and replying through a face full of mud “I’m trying!” Over an hour later, said piglets were on lock down in a dog crate whilst their two bedraggled owners were collapsed in a heap muttering “we will laugh about this later, just not right now.” Supplementary note – The next morning we bought and installed electric fencing. Should you ever need to catch two slippery escapees, try to get one by the leg and once you’ve caught one you will generally find the other will just follow the squealing.

We decided to split one of our top field paddocks into a further 4 in order to make chicken pens. We reckoned that we had learned enough through building our first pen (see #10) that we could probably tackle this by ourselves. We duly bought some more fence posts and some strong rabbit wire and celebrated the fact that, now we had a quad bike and trailer, we could transport all the equipment up to the field with no effort. We set about building the dividing sections and they were straight and strong – we were very VERY proud of ourselves and we duly admired our handy work whilst patting each other on the back. It was only then that we noticed something amiss – after emptying the trailer we’d forgotten to remove it and completely fenced it in.

Do enjoy the attached pictorial evidence of our muppetry.

The last instalment will be some final musings. 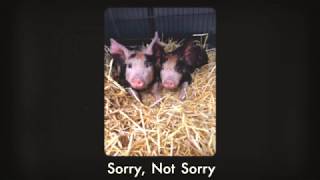 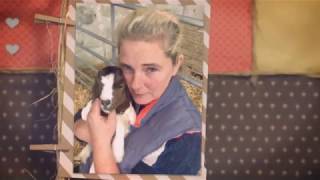 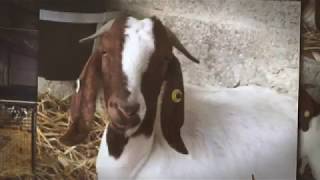 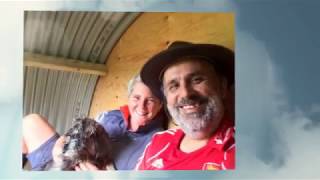 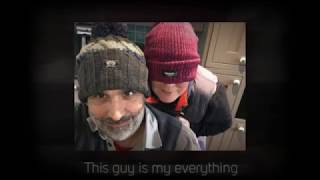